Coyotes are versatile and resourceful animals. They quickly adapt to an environment which is constantly modified by humans. As human activity changes the landscape, the coyote’s range expands. Coyotes are socially highly flexible, living either in family units or in loose packs of unrelated individuals. Coyotes are often said to be tricksters that can assume the form of a man or a coyote. The coyote uses deception and humour to rebel against social conventions.

These three musicians cover between themselves an uncommonly vast area of the musical map from Kraft to Dazed and Confused, Minibus Pimps to Toimii, Accused to Ghost Sonata, The Thunderthief to Mystery Variations and more. They are all known to be curious minds, always ready to learn and to discover. When they improvise, borders disappear, they are free to migrate beyond prejudices, across continents. In a world where walls are being built and people are told where they can’t go, Tres Coyotes want music to be a place of openness.

“Tres Coyotes” will be making their debut Italian performance at The Torino Jazz Festival on 4th May 2019. This will be a fully improvised performance by three of the world’s finest musicians.

John Paul Jones is one of the most accomplished and respected musicians in the world of music today. As a prolific session musician in the 1960’s he played on or arranged innumerable recordings for artists such as Dusty Springfield, Tom Jones, The Rolling Stones, Rod Stewart, and Cat Stevens. He was a founder member of Led Zeppelin.

Following his unparalleled career with Led Zeppelin, John began to work as a performer, arranger and producer with a diverse range of artists such as Diamanda Galas, REM, Brian Eno, Peter Gabriel, and La Fura dels Baus. His debut solo album, Zooma, was released in September 1999, followed by The Thunderthief in 2001.

Since 2004, his sonic explorations have also led him to perform as part of John Cage’s Music Circus at the Barbican under the direction of Stephen Montague, touring with bluegrass trio Nickel Creek, and working as co-composer and performer for Merce Cunningham’s Nearly Ninety which was performed with Sonic Youth and Takehisa Kosugi in New York, London and Madrid.

In 2009 John formed a group called Them Crooked Vultures with Dave Grohl and Joshua Homme, releasing a universally acclaimed album and touring the world to sold-out venues. In 2011, John appeared and performed in Mark-Anthony Turnage’s opera ‘Anna Nicole’, at the Royal Opera House Covent Garden.

More recently, John’s wide and varied career in music continued as he toured the USA with Dave Rawlings and Gillian Welch as part of the ‘Dave Rawlings Machine’, as well as releasing the debut Minibus Pimps album ‘Cloud to Ground’.

John has also made several guest appearances with Norwegian avant-garde improv group Supersilent. John is currently finalising the orchestration of his first opera, entitled ‘The Ghost Sonata’ which is based on the play written by August Strindberg.

In March this year, John will be performing a fully improvised concert alongside Thurston Moore (Sonic Youth) and acclaimed drummer Steve Noble in London at the historic 100 Club venue.

Anssi Karttunen has always been on the cutting edge of classical music performance and is one of the most innovative cellists in today’s international music scene. He subsequently built up a worldwide reputation both as a soloist and chamber musician. In his repertoire, he takes a fresh look at the work of well-known composers and brings forgotten masterpieces to the public ear, as well as his own original transcriptions. He plays on modern, classical, and baroque cellos, as well as violoncello piccolo and electric cello.

Anssi Karttunen is a passionate advocate of contemporary music. He has performed over 170 world premieres, an astounding 29 concertos have been written for him. He premiered Magnus Lindberg’s Cello Concerto No.1 with the Orchestre de Paris (1999) and Cello Concerto No. 2 with the Los Angeles Philharmonic (2013), Esa-Pekka Salonen’s Mania with Avanti! (2000) and Luca Francesconi’s Rest with the RAI Torino (2004). Kaija Saariaho wrote her concerto Notes on Light for him, and Betsy Jolas wrote Side Roads, which was premiered in 2018. Future plans include premieres of new works by Antti Auvinen, Ramon Lazkano and Sean Shepherd.

His recordings traverse a broad musical spectrum, including Beethoven’s complete works for cello and piano on period instruments, 20th century solo pieces, and concertos performed with the London Sinfonietta and the Orchestre Philharmonique de Radio France under Esa-Pekka Salonen.

Magnus Lindberg is one of the most talented European composers of his generation, particularly admired for his orchestral scores. His Music is programmed by the world’s leading conductors, performing organisations and festivals. Energy, colour and a thrilling density of material are the hallmarks of his recent style, which defines a new classical modernism.

His compositional breakthrough came with two large-scale works, Action-Situation-Signification (1982) and Kraft (1983-85), which were inextricably linked with his founding with Salonen of the experimental Toimii Ensemble. This group, in which Lindberg plays piano and percussion, has provided the composer with a laboratory for his sonic development.

Lindberg’s output has positioned him at the forefront of orchestral composition, including the concert-opener Feria (1997), large-scale statements such as Fresco (1997), Cantigas (1999), Concerto for Orchestra (2002-3) and Sculpture (2005), and concertos for clarinet (2002), violin (2006) and two for cello (1999 and 2013). Works also include Seht die Sonne (2007), commissioned by the Berliner Philharmoniker under Simon Rattle and the San Francisco Symphony, his first choral-orchestral work GRAFFITI, premiered in Helsinki in May 2009 and Era (2012) for the 125th anniversary of the Concertgebouw.

Lindberg was Composer-in-Residence of the New York Philharmonic between 2009 and 2012, with new works including the concert-opener EXPO premiered to launch Alan Gilbert’s tenure as the orchestra’s Music Director, Al Largo for orchestra, Souvenir for ensemble, and Piano Concerto No.2 premiered by Yefim Bronfman in 2012. He was appointed Composer in Residence with the London Philharmonic Orchestra for three years from the 2014/15 season, with commissions including Violin Concerto No.2 for Frank Peter Zimmermann. A new orchestral work, TEMPUS FUGIT,  was commissioned by the Finnish Radio Symphony Orchestra to celebrate the centenary of Finnish Independence in December 2017.

Lindberg’s music has been recorded on the Deutsche Grammophon, Sony, Ondine, Da Capo and Finlandia labels. In 2003 Lindberg was awarded the prestigious Wihuri Sibelius Prize.

“…one of the major voices of 21st century composition.” — The Times 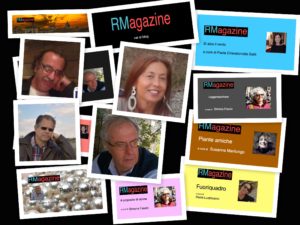